OK, so I’ve been told I can’t call myself an award-winning comedian as there wasn’t ‘technically’ an award handed out. Regardless of whether or not I received a physical award, I did win a stand-up comedy competition.

The evening was more about Wirral Mecap, than me, I guess. For me it was more about me, but I did raise £862 for Wirral Mencap in the process, plus a further £200 in shirt sponsorship. So there’s that.

The whole process was a dream come true for me. The chance to learn from a professional comedian in the weeks leading up to the night, and to write and perform my own routine, were things I had always wanted to do. Winning was just the icing on the cake.

You can, of course, judge for yourself by watching the video. Obviously I wasn’t going to perform stand up in front of a live audience without having the whole thing filmed!

This is what you've waited for… Darren's full stand-up comedy routine for Wirral Mencap, performed in front of a live audience of 200 people at Tranmere Rovers' Prenton Park.Warning: This video does contain some adult themes, and the occasional bit of adult language. Actually, it's more than the occasional bit, it's rather sweary.On the plus side, this was the WINNING performance on the night, something which we're certain Darren's never going to let us forget. He's already telling people he's an award-winning comedian from a show at the Liverpool Comedy Festival.Going last may have made Darren feel like he was the headlining act, but the outstanding performances of every comedian before him dented his otherwise confident swagger before getting on stage. Everyone brought their A-game, it was a superb night and thousands of pounds were raised for the charity.You get to judge for yourself on whether or not he's funny by watching the full 15 minutes of his 5-minute routine, and you can even leave a comment of support, or a heckle, below.If you'd like to donate to Wirral Mencap, our JustGiving page will remain open for a few days, so you can give money now: https://www.justgiving.com/crowdfunding/mr-daz-failed-comicThank you for your support to everyone who donated money and bought tickets, and also thanks to our shirt sponsor, www.oil-store.co.uk.

In addition to the stand up (which I’ve only done the once, but talk about it like I’ve been gigging for 20 years) I’m also the one responsible for the satire news website, The Chester Bugle. When I say ‘responsible’, I don’t mean in a legal sense. I legally have nothing to do with it and have never even seen it before in my life, in case you were wondering who to blame.

The Chester Bugle has been responsible for a number of mildly entertaining and modestly-successful news stories, including the globally-spread hoax that a Nokia 3310 found in a drawer after 20 years still had 70% battery. This nonsense was shared across the world, and reported by a number of media outlets – most notably across India for some reason. 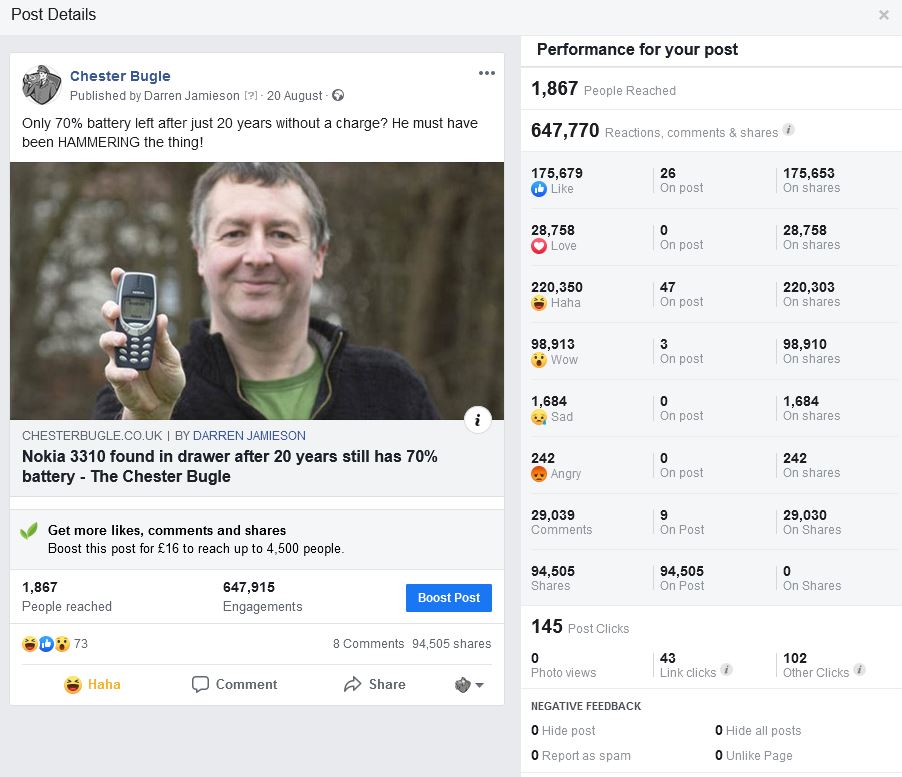 The post was so successful that it eventually received over 140,000 shares and received more than one million engagements on Facebook. 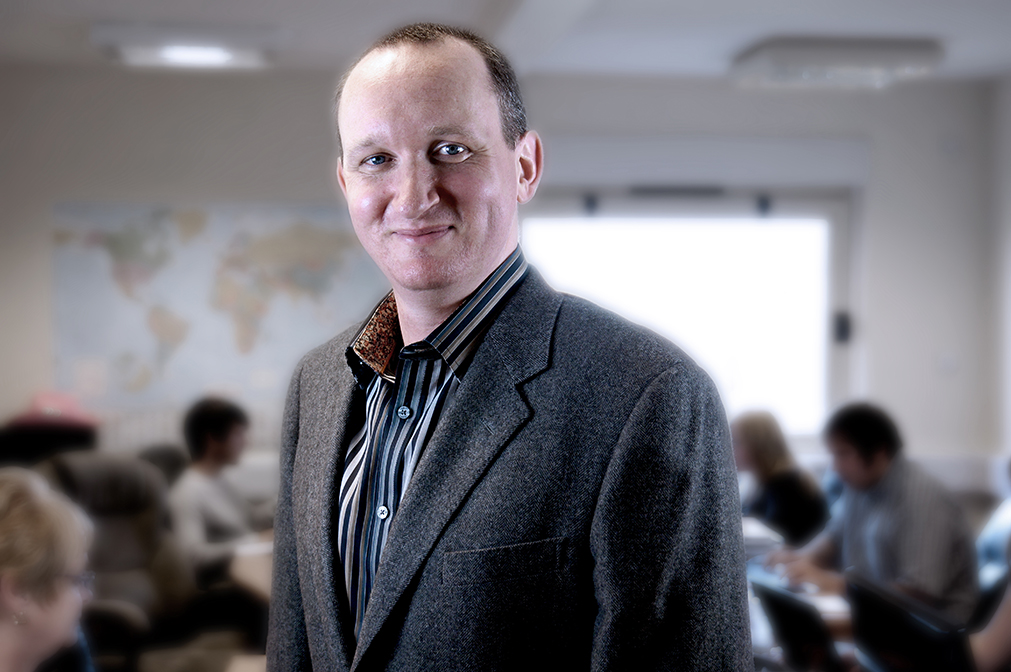 GAINS is an acronym for Goals, Achievements, Interests, Networks and Skills. The following is my GAINS profile for use within networking meetings and referral…

We've seen a lot of scam Facebook Pages lately offering the chance to win a car for simply commenting and sharing. This has made Darren very angry. He likes to get angry.